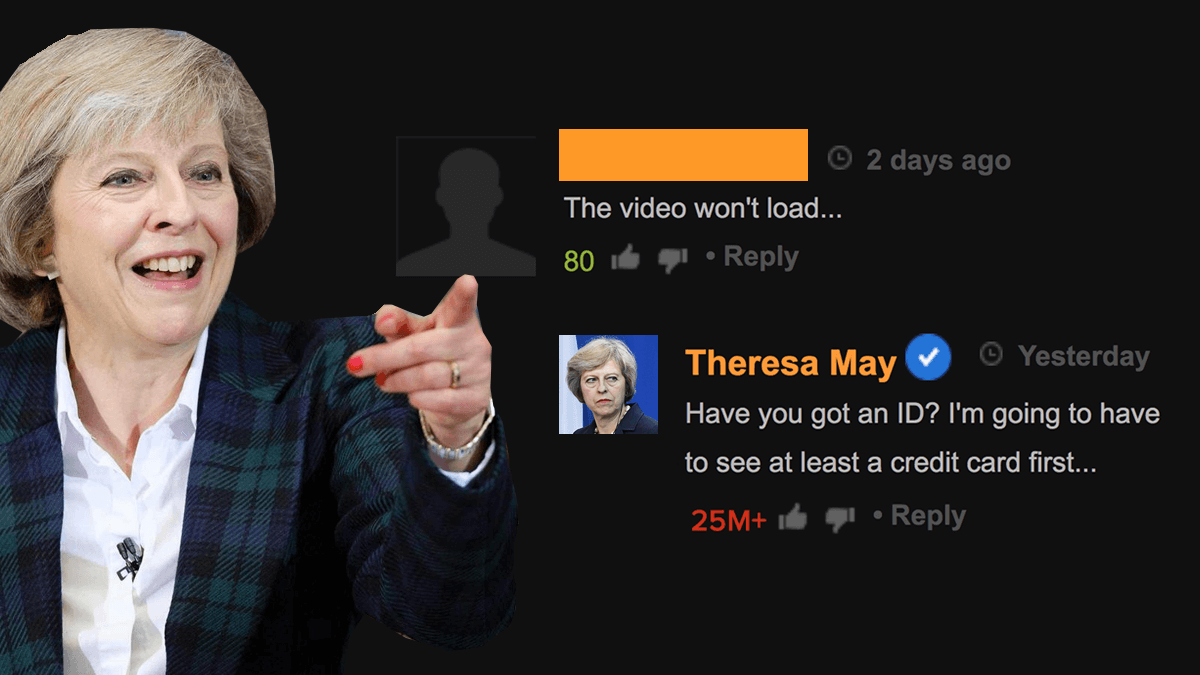 Government-imposed parental controls are coming. But is it a gross violation of civil liberties or a stroke of genius?

Under legislation pioneered by Theresa May the internet is about to change and by the end of this year, you will be required to use a credit card or other form of ID to access adult content online. In this article, we explore what age verification will look like, whether it’s the beginning of the end for online freedoms and how you can avoid it.

What is Age Verification?

Living in the UK, many of us are familiar with the concept of having to flash a drivers license in order to buy some cheap cider or go clubbing. But until now, it’s not been required in our bedrooms.

However, with the recent Digital Economy Act passing into law, and a late-2018 deadline for sites to implement Age Verification checks, you may soon be faced with the dilemma of whether to rely on your imagination or sacrifice your privacy as all sites which contain adult content will legally be required to obtain documents to prove your identity.

The main way that Age Verification is expected to be implemented is through Age ID, a system developed by MindGeek, one of the world’s most popular media companies that nobody has ever heard of…

Their verification system is likely to work by requiring you to enter your credit card or upload photographic ID, creating an account which links your identity with the content you usually conceal with private browsing mode. 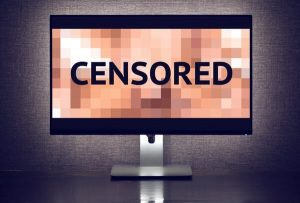 The company says it expects to sign-up 25 million people in the UK to its system, which is around a third of the entire population and over half of all internet users. It seems almost absurd – in the era of daily breaches, GDPR and the Cambridge Analytica scandal – that our government would not only allow, but actively orchestrate the development of a system which could expose the sexual viewing history of millions of people.

With credit ratings, most people are familiar with the concept that the way they spend money leaves a digital trail, something that re-entered the public consciousness just last year when Equifax — a leading credit rating provider — was hacked exposing the financial information of 145 million customers. However, whilst most people tolerate a bank history, a digitised wank history is an altogether more disturbing proposition.

However, whilst most people tolerate a bank history, a digitised ‘wank history’ is an altogether more disturbing proposition.

It is even more bothersome when you consider the PornHub-parent operator has thus far monetized its business with flashy banner ads promising to help you to “add 3 inches” or find “hot singles in your area”. Not exactly a pin-up example of a company that we should trust with a database of our sexual preferences.

Is it a case of Dave-jà vu?

If you feel a sense of familiarity with this war against online freedoms, it may be evoking memories of the 2013 shitshow in which David Cameron forced internet providers such as BT and TalkTalk to block an estimated 1 in 5 websites in some misguided quest to protect children from seeing objectionable content. Although at least in 2013, unlike the current proposition, users were able to opt-out of aggressive internet filtration.

Under Age Verification, Theresa May continues the tradition of censorship promising to impose fines and even blacklist sites that don’t comply.

It remains unclear whether the new legislation will follow-on from earlier ISP filters in restricting not only sex — but also a plethora of other content with the current ISP filters blocking sites with themes including LGBT, self-harm or mental health and articles from Wired and NewStatemen indicating that filters were homophobic, and potentially damaging having blocked agencies such as Childline, Refuge, Stonewall or the Samaritans.

Concerningly for organisations like us, who aim to provide simple ways for anyone to protect privacy and avoid censorship, ‘web blocking circumvention tools’ are also often blocked with ISP filters. Currently, it remains unclear whether the government will seek to silence or blacklist such sites under the incoming system.

What can you do to protect yourself?

Age Verification is only one of the concerns regarding the current digital policy in the UK, with other legislation such as the Investigatory Powers Act requiring internet providers to log your browsing history. We understand the desire to protect children online, but imposing a state-level parental control system is not the solution.

Thankfully getting around these restrictions is easy as you can either install software — called a Virtual Private Network — on each of your devices or use a product like Pyramid WiFi (disclaimer, it’s our product) which allows you to eliminate censorship and protect your privacy without any software or fuss.